This post may contain paid and/or affiliate links. Please refer to our disclosure policy for further information.

Facebook CEO Sheryl Sandberg’s most recent college graduation commencement speech is just one more example of why she is a successful businesswoman: She’s human.

In her UC Berkeley address on May 14, Sandberg didn’t talk about great leaders or how women need to ‘own’ their success. She’s already said all of that. This time, her words were intensely personal because it’s the first time she’s publicly addressed her husband’s death since he fell and hit his head on a treadmill while they were vacationing in Mexico last year. David Goldberg, the chief executive of SurveyMonkey, was 47 years old.

Dave’s death changed me in very profound ways,” she told the school’s 4,700 graduating seniors. “I learned about the depths of sadness and the brutality of loss. But I also learned that when life sucks you under, you can kick against the bottom, break the surface, and breathe again. I learned that in the face of the void — or in the face of any challenge — you can choose joy and meaning.”

Here are three ways Sandberg continues to shine on both professionally and personally based on her commencement address and what all of us can learn from her:

More defining than any personal achievement is how you overcome challenges, she explained. Adversity is unavoidable, she told the graduates.

Everyone experiences disappointment, and some already have faced deep adversity. There’s dealing with the loss of a job you didn’t get or the relationship you thought was the one, and there’s even loss of life in some cases. Our ability to bounce back from hardships is the critical key. It’s called resilience.

I’m sharing this with you in the hopes that today, as you take the next step in your life, you can learn the lessons I only learned in death,” she said.

She cites psychologist Martin Seligman, who has spent decades studying how people deal with setbacks, in what he calls the Three Ps (perseverance isn’t one of them).

They are personalization, pervasiveness, and permanence.

For Sandberg, personalization was realizing she was not at fault for her husband’s death. She couldn’t have done anything to save him. He died immediately from a cardiac arrhythmia. Not everything that happens to us happens because of us, she realized.

Pervasiveness is when something is noticeable or present in every aspect of our lives. She realized that not every single thing was awful, even though it felt like it most of the time. Her kids were healthy, they were secure financially, she went back to a job she loved, and they had friends and family who helped them. Gradually, that all-consuming sadness became less pervasive.

Permanence is the feeling that the awful grief would always be present. It’s OK to feel sad and anxious about being sad and anxious, but we also need to realize that those feelings won’t last forever. Lean into them.

These days she tries to focus more on individual moments of joy, rather than on mistakes she’s made in the past. Good business people know that to survive in this crazy world of ours, they must keep keepin’ on.

Sandberg admits to a failed first marriage, being unprepared for a job out of college, and fretting over the potential of getting fired. She’s had times in her life where she has felt like a huge failure. Not many people own up to their struggles, so it’s admirable for her to speak so candidly about professional and personal shortcomings.

Day one of my first job out of college, my boss found out that I didn’t know how to enter data into Lotus 1-2-3,” she told the students. “That’s a spreadsheet; ask your parents. His mouth dropped open, and he said, ‘I can’t believe you got this job without knowing that.’ And then walked out of the room. I thought I was terrible at everything, but it turns out I was only terrible at spreadsheets. Understanding pervasiveness would have saved me a lot of anxiety that week.”

On her Facebook page on Mother’s Day, Sandberg posted about the realization of how hard it is for single mothers raising children, even without financial burdens. Before her husband died, she didn’t “quite get it.”

I did not really get how hard it is to succeed at work when you are overwhelmed at home,” she wrote. “I did not understand how often I would look at my son’s or daughter’s crying face and not know how to stop the tears. How often situations would come up that Dave and I had never talked about and that I did not know how to handle on my own. What would Dave do if he were here?”

Even with all the pain in the world, there are things to be thankful for in life. When a psychologist friend of Sandberg’s said to her that things could have been worse, her first instinct was to bristle. How could things be worse? And then her friend said, “Dave could have had that same cardiac arrhythmia while he was driving your children.”

He was right. The rest of her family was alive and healthy, and they needed her. Resilient people find gratitude and show appreciation even when it’s tough. Robert Emmons, Ph.D. discovered that when people show self-care through gratitude, they have fewer health problems, feel more positive about the future, and feel more satisfied with life.

When we take the time to list what we are grateful for, we find that we can be happier and healthier. Give it a try and see if “counting your blessings” can actually increase your blessings. Every single day is a gift.

Melissa Davidson is a writer and social media marketer based in beautiful Boise, Idaho. She has a B.A. in Journalism from the University of Montana and has written for several publications throughout the west. When she’s not hovering over a keyboard from her home office, she can be found riding and running on the foothills around town. Follow her on Twitter @madtrisor or on Instagram @melissaanndavidson.

This page includes affiliate links. Please be aware we only promote advertising from companies that we feel we can legitimately recommend to our readers. Please see our disclosure policy for further information.

While there are more work-from-home jobs than ever before, technology has given scammers a digital curtain to hide behind. Because of this, it's more important than ever to be able to identify what's legit and what's not. To help you do that, grab our free 36-page Scam Prevention Planner to research companies, track your applications, and steer clear of work-from-home scams.

A Massive List of Work-at-Home Jobs For Reliable Income 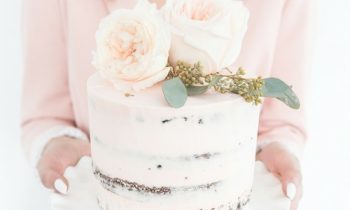 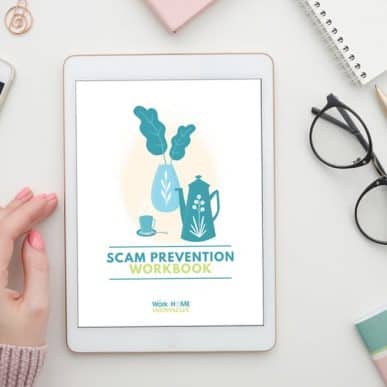 While there are more work-from-home jobs than ever before, technology has given scammers a digital curtain to hide behind. Because of this, it's more important than ever to be able to identify what's legit and what's not. To help you do that, grab our free 36-page Scam Prevention Planner to research companies, track your applications, and steer clear of work-from-home scams.

I believe that everyone should have the flexibility and freedom to work from home, and that’s what I’m going to teach you here on The Work at Home Woman.

Get organized, have more control, and save time on your job search. Plus, use the methods and techniques that I use to spot scams so you don’t fall prey to them.