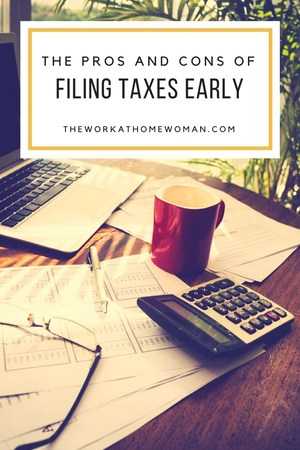 I know there must be dozens of people reading the title of this post and mumbling to themselves, “Why is she already talking about taxes? That’s not until April!” Ah, but that’s the trick to Tax Day on April 17th: it always looks further away than it really is. And any good small business knows to start planning ahead for it and gathering together their forms and leftover receipts from last year early.

For fledging businesses just starting out, this is the perfect time to consider the advantages of filing your taxes in advance. It’s a time-consuming process, but one that when you finish it reaps in the rewards of both a refund and the satisfaction of knowing you completed the filing process ahead of schedule. What people don’t tell you is that while working on your taxes earlier is certainly less taxing than stalling until the last minute, it does come with its own series of disadvantages. Some of these disadvantages you may not even be aware of either.

Without further ado, here is a simplified guide to following for the pros and cons of filing your taxes before the dreaded April 17th deadline.

The closer you get to the April due date, the higher the demand for tax preparers and additional tax consultants gets. Beyond just the argument for supply and demand (in which a tax consultant could overcharge you for your service because the need for assistance is so high in so many people), you might not get the time and attention for your taxes you need that you could have gotten if you filed earlier in the year. A lack of attention paid could result in missed home office deductions and mistakes being made on your tax forms (Which is stressful for all parties involved: both you and the preparer). By filing early, you can take your pick of working with a tax professional that will be able to devote the necessary time to your paperwork.

That little voice in your head that nags you each day for putting your tax filings off? Nobody likes that little voice one bit. That same voice causes you unneeded stress and anxiety which is highly unappreciated for small business owners especially – we’ve got a business to run people! File taxes early to get them out of your way and be free of the inner tax burden following you around.

Additional Time to Pay Due Taxes

Owe the IRS any due taxes? By preparing and filing your taxes early, you’ll know sooner rather than later if you still owe the IRS any leftover dues. This will give you enough time to raise the money needed and make the payment in time. Filing near the deadline doesn’t award you the luxury of having the time to pay off the leftovers which for many could result in not raising the funds in time and having to pay additional interest and penalties. 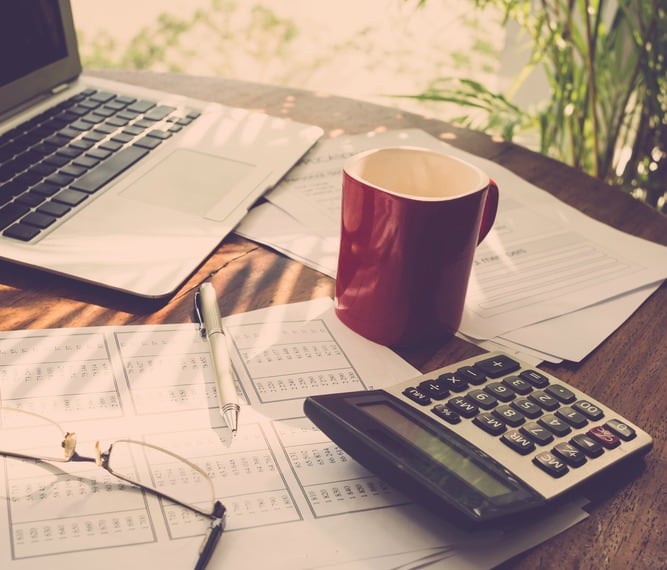 However, filing early does not always favor you as noted in our con list.

You Could Miss Out on Important Information and Amendments

The Time Value of Money

Getting your refund early isn’t always the better roses. When you file your taxes early and pay off due taxes way before the deadline, you release your funds unnecessarily early with no financial benefit. So as opposed to advancing Uncle Sam an interest-free loan, tax consultants advise waiting until the last moment to pay the taxes due. 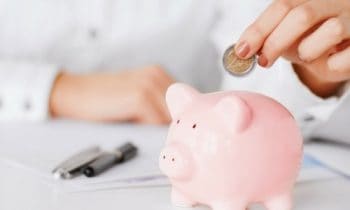 Things That Home-Based Mompreneurs Can Write Off 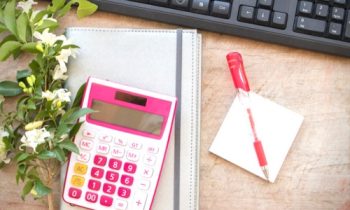 Handling Your Finances as a 1099 Contractor 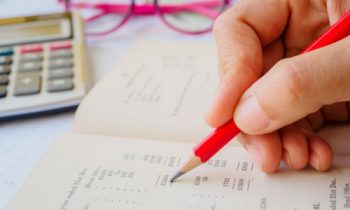 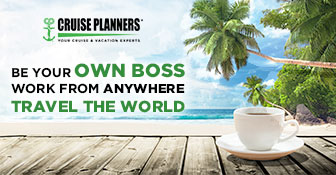