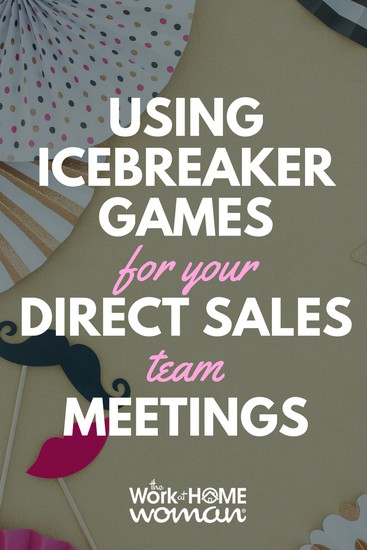 Team meetings can often result in many new ideas and bring awareness to issues, but if members of the team feel uneasy opening up in a crowd, the whole company can suffer as a result.

To gain more team input and effort and to really get the most out of all team meetings, try using games to break the ice, cut through the tension, and get creative juices flowing.

Here are three ways games can make an impact on any team meeting:

If a direct sales team is welcoming new members, an icebreaker game that involves teamwork is a fantastic way to strengthen the group.

Involving the entire group in an obstacle course, an escape room challenge, scavenger hunt, or timed project allows everyone to learn how to think on their feet together, cope with varying personalities, and draw themselves out of their shells.

A newbie can quickly acclimate to their seasoned team members with fun activities and learn how everyone works together as a team in general.
These games are also great to discover who among the group has the strongest leadership skills as they all move from task-to-task.

You could incorporate a mental or physical obstacle course into your meeting networking sessions to get everyone working together.

Even daily meetings can have games to get the ball rolling.

Simple games, like setting out an object and asking the group to come up with a name for it (and why they chose it), teaches a team to continue to work together, helps create an atmosphere of input and thought, and again allows a company to see who among the group shows skills that stand out among their peers.

These games may seem like simple fun for those involved, but for the company or business as a whole, the games are imperative for group thought and action.

The best icebreaker games are ones that get people interacting with each other without trying to embarrass people.

Here are three games that work well and can be used in any situation:

This game is simple because all it requires is a ball that can be thrown back and forth between team members. Of course, you should choose a ball that will not cause damage or injury. A tennis ball always works well, just as long as you make a rule that the ball must be thrown softly.

The team leader starts off by giving an idea she has for anything. It is best if these ideas are not related to the business because that will help to break the tension. For example, the team leader may announce her idea for finding the right leader for her daughter’s Girl Scout troop. Once she has announced her idea, she throws the ball to someone else and they have to give an idea that they have. The ball must be thrown to a different person each time. Once everyone has been thrown the ball, the game is over.

The first thing that the team leader asks everyone to do is write down two facts about themselves and then a lie. Then each team member gives the paper to the team leader who puts the papers face down in front of her. One by one, she picks up each piece of paper and reads off the two facts and the lie. The person who wrote them must own up to them and then the group has to guess which one is the lie.   Not only is this game a great way to break the ice at a meeting, but it also helps the group to learn a little something about each other. Make sure that you ask everyone to keep it clean. 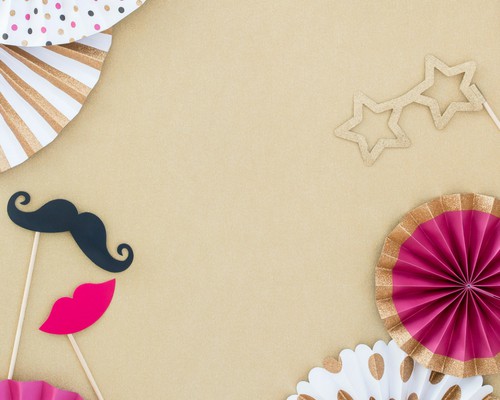 People always love to talk about the famous people they meet, which is why this game is so perfect. The team leader starts off by telling her a quick story about a famous person she met and then the next person in line tells their story. It is a simple game, but it is guaranteed to get people talking.   Breaking the ice at a team meeting is important to getting people to contribute once the meeting gets started.

A team is only as strong as its weakest member, and these simple games help build team effort and confidence that may not be created otherwise.

In allowing team members to enjoy working together in fun ways, new ideas, actions, and important skills can be maintained that can help a business grow in successful ways. 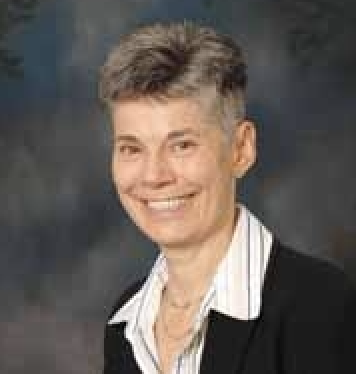 Deb Bixler retired from the corporate world in 2000 to enjoy life as an entrepreneur. In the first nine months as a home party direct seller, she built a home business and sales team, which provided her with an income capable of replacing her corporate business salary of $80,000 per year. Deb manages the largest FREE home party plan resource center on the web. Find out more at CreateACashFlowShow.com. 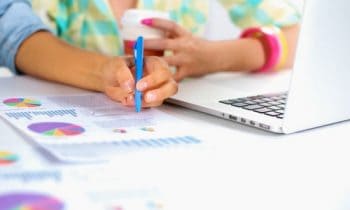 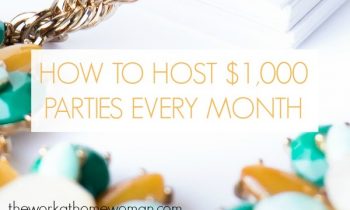 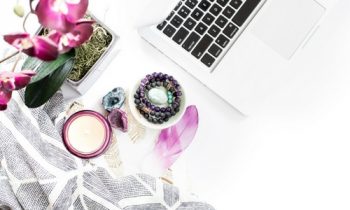 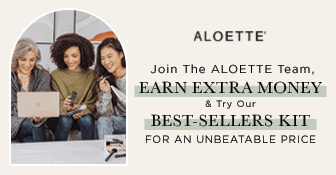